Beatleisms: How the Fab Four Cast a Shadow Over the 1970s (Shindig! #35 addendum)


Shindig! #35 is soon to drop (Sept. 26), and I've contributed a few entries to the list of Beatles-influenced gems, but, naturally, a few of my fave-raves were already spoke for. Pick up the new issue soon-like, but in the meantime lemme tell you about a few choice selections whose virtues will be served by the pen of another, in my own words: 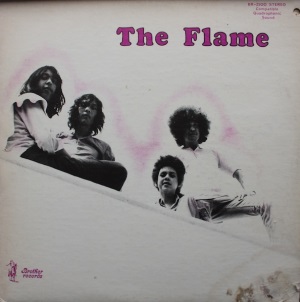 What combo better than sibling South Africans the Flame (Fataar Bros – Ricky, Steve and Edries; with Blondie Chaplin) could be the only non-Beach Boys group on their Brother Records imprint? Keepin’ it in the family, they were successful as the Flames in their native land before relocation to London where the keen ears of Carl Wilson—this LP’s producer—were pricked and ferried them back ‘cross the pond. Altering the name to avoid confusion with JB's boys stateside, they issued this consistent album of guitar-heavy, Revolver and forward harmonic delicacy with Harrison’esque licks and a bit of Stonesy swagger to little acclaim in 1970, beyond a singles chart blip from “See the Light” b/w “Got To Get Your Mind Made Up” (a one two-punch if there ever was one). Group members went on to play with the Boys proper, the Rutles, Byrds, Stones and the Band. The embers will keep smoldering till we see an official reissue and proper birth of their 2nd unreleased platter. 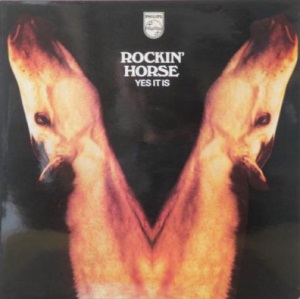 The hydra-head strength of Jimmy Campbell (ex-Kirkbys, 23rd Turnoff & solo) and Billy Kinsley (ex-Merseybeats, Merseys; future Liverpool Express) was much more than that of proseful pretenders posing in the aftermath, having been weaned on the same fruits as the Beatles in their own time.  Dialing back after rural sojourns and stylistic diversions, they wanted to create something inspired by their initial turn-ons and penned one of the most potent, soul-wrenching power pop records extant. Probing the pop planet (being pioneered by Badfinger and others at the time), they hit with a double-shot opener of “Biggest Gossip in Town” and “Oh Carol, I’m So Sad”—the former their A-side single release, and both comped as the maiden 45 voyage on Greg Shaw’s Voxx empire. The only thing that should be “lost” about this platter is the feelings it imbues with pathos-drenched tunes like “Stayed Out Late Last Night” and “Don’t You Ever Think I Cry”. This top of the pop canon album should be owned by all. Not only one of my favorite moments of Beatle'esque outstretching, but one of my favorite albums, and a real class package was produced/reissued by Sing Sing Records just a few years back, which you can knab here.


I've surely got more horses [NPI] in the race (may even have a few more additions forthcoming), but what are your faves?

Posted by Jeremy Cargill at 12:29 AM No comments: 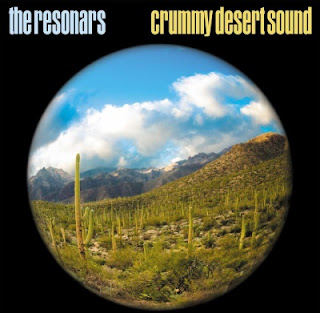 Matt Rendon and his one-man four-track recording project (though you wouldn’t know it by the fullness captured), the Resonars, have been creating Mod-pop/power pop bedrock sounds nonpareil since “their” first footlong in 1998—with roots and unsuccessful augmentations including additional heads stretching back to '91. An off-on concern since that time amidst membership in other bands, Rendon’s creations have been resuscitated and reissued in full (every release, natch) by the king-size cheerleaders at Burger Records over the last few years. His most recent album under the name, Crummy Desert Sound, could well serve as Matt's last new release as a “solo” offering though, as this increased visibility has allowed him to put into place an able stable to express the varied emanations of his pen.

Sir Rendon has the inner-workings of timeless pop dialed, channeling the fragility, dexterity and power of Move-era Roy Wood (“Vanishing People”), prime-time ‘60s Townshend power chords with Mooney kit whallop, and note-perfect Hollies’esque harmonies (“Invisible Gold”) exuding so much charm he deftly evades contrivance. All radiating from one man’s mind in Tuscon, AZ, the Resonars serve as something akin to a less specifically psychedelic-oriented Dukes of Stratosphere, with tunes standing aside their sources, or perhaps a very minor step under. A solid spin for anyone with a passing interest in the age-less pop playbook or looking for the magic of mid-late '60s England in one platter. Anyone not already exposed has some work ahead them.

(ahem)...If be you the sort that transits in digital, please drop your sounds here for my perusal >>>
Send me
your sounds
note energy (\ˈnōt\ \ˈe-nər-jē\ )
:spiritual sustenance provided by the perfect combination of notes and words, bringing about the sensation of excitation
Posted by Jeremy Cargill at 11:58 PM No comments: