The loose groupings of proto-punk and power pop that can describe crazed, out-of-time contenders of many heavy stripes and those dedicated to the glory of P-O-P, respectively, carries several one-offs in its ranks. Over the last few years the well-spring has sprung with 45 excavations eulogizing frenzied footnotes with no end in sight.  My aim is to spotlight the previously shaded here, so feast on the choice offerings, kiddies… 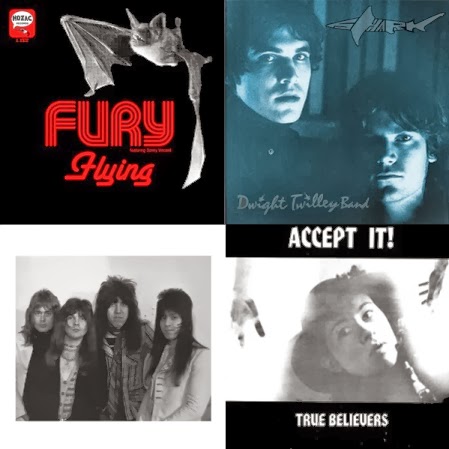 The new HOZAC ARCHIVAL label—offshoot of HoZac Records, known for damaged modern sounds—hits many modes with digs into the back catalog of Sonny Vincent (of early NYC scene band The Testors) and his previously unheard 1972 trio Fury with “Flying” b/w “100% Proof”; a few mid-late ‘70s vintage unreleased gems from power pop gawds Dwight Twilley Band (the ‘Band’ when co-singer Phil Seymour was still on-board) with “Shark” b/w “Burning Sand”; NY glam titans The Brats (formed by early NY Dolls member Rick Rivets) with more raw and powerful takes of their two-sided classic “Be a Man” b/w “Quaalude Queen” from 1974; and members of Midwestern lo-fi ‘70s proto-punks Mike Rep & the Quotas with the Accept It! EP under the True Believers name from 1980. Fury beats a mean combo of proto-heavy punk’ish frenzy and Sonic’s Rendezvous Band-style rock’n’roll on their two-fer, while the Twilley Band harnesses harmonies rivaling the Everlys with a foot in ‘70s rockin’ AM Gold, The Brats broadcast the grit and grime of the gender-bending ‘70s NY Street Glam scene, and the True Believers rally in a ramshackle yet together trio of skewed folk jawns and rockers residing on the precipice of total destruction to your mind, with the title track my fave-rave. All essential slabs.
[Cut as a Titan Records single by Gary Charlson, this marks the first time the Twilley original of “Shark” sees wax rotation.] 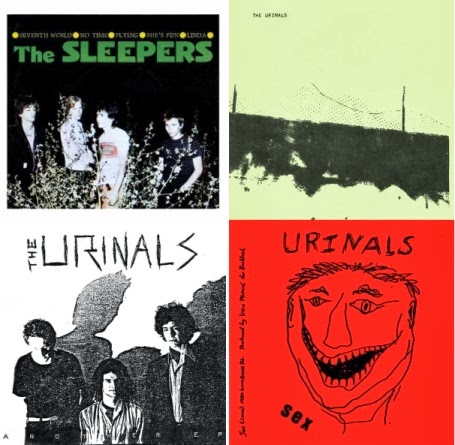 SUPERIOR VIADUCT continues pushing a stream of treasures from the international post-punk underground, and recently reissued a master-sourced version of the Seventh World EP from 1978 by The Sleepers. The group with headcase Ricky Williams as vocalist (a wheel in the early workings of both CRIME and Flipper) and guitarist Michael Belfer (pre-Tuxedomoon) recorded this 5-song EP—the title track the standout among standouts—of dark-toned psychedelically descendent punk prior to their transition into the moodier post-punkian vibes of their LP, and the EP stands as a tight example of the early S.F./West Coast scene.  The Seventh World EP is a release that has been long-deserving of reissue and a necessary purchase for anyone following the psychedelic trails down the decades.

Also from Superior Viaduct: The Urinals, the loose, garage-psych-tinged punk progenitors see official reissue of their three 45 releases for their own Happy Squid label released from 1978-1980  (S/T EP, Another EP, and the “Sex” b/w “Go Away, Girl” 45). Trafficking in minimalist musings like “I’m a Bug,” and “Black Hole” from their second EP, and the Brit DIY’esque jangly strum of “Dead Flowers,” from their first—where the whole instrumental and vocal onslaught was driven through one amp—they committed some of the most damaged and uncompromising music of the era, inspiring the short-fast-rules-art-punk of groups like the Minutemen and many others. Having initially started as a learning-on-the-fly parody of the punk scene, while maintaining their rawness they charged forward as a refined machine, bringing to the fore their ‘60s avant & garage-pop roots transmitted through a distorted lens, eventually morphing into 100 Flowers, whose first LP has also been reissued by the label. 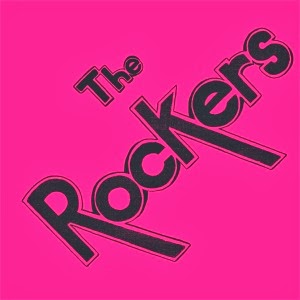 Lastly, CHEAP REWARDS, whose primary focus is power pop and punk nuggets from TX, steps outside that state to the sunshine where The Rockers (pre-The Finders—who has seen recent LP treatment on Cheap Rewards as well) resided, by issuing their sole single released in 1980. The group's members had played together in combos since the late '60s, and all that coalesced into this perfect distillation of early '70s primo pop—not quite Badfinger/Blue Ash heights or moves, but markedly different than the punkier stance of The Rockers' contemporaries—a four-song holy grail of pure perfection from the Bay Area. The mind reels at what could've gone down had the pop-faithful Rockers issued the A-side ballad of Mersey-bred jangly gold, "Understanding," to a wider audience. Go on and get it!

(ahem)...If be you the sort that transits in digital, please drop your sounds here for my perusal and amusement:
Send me
your sounds
note energy (\ˈnōt\ \ˈe-nər-jē\ )
:spiritual sustenance provided by the perfect combination of notes and words, bringing about the sensation of excitation
Posted by Jeremy Cargill at 9:43 AM No comments: