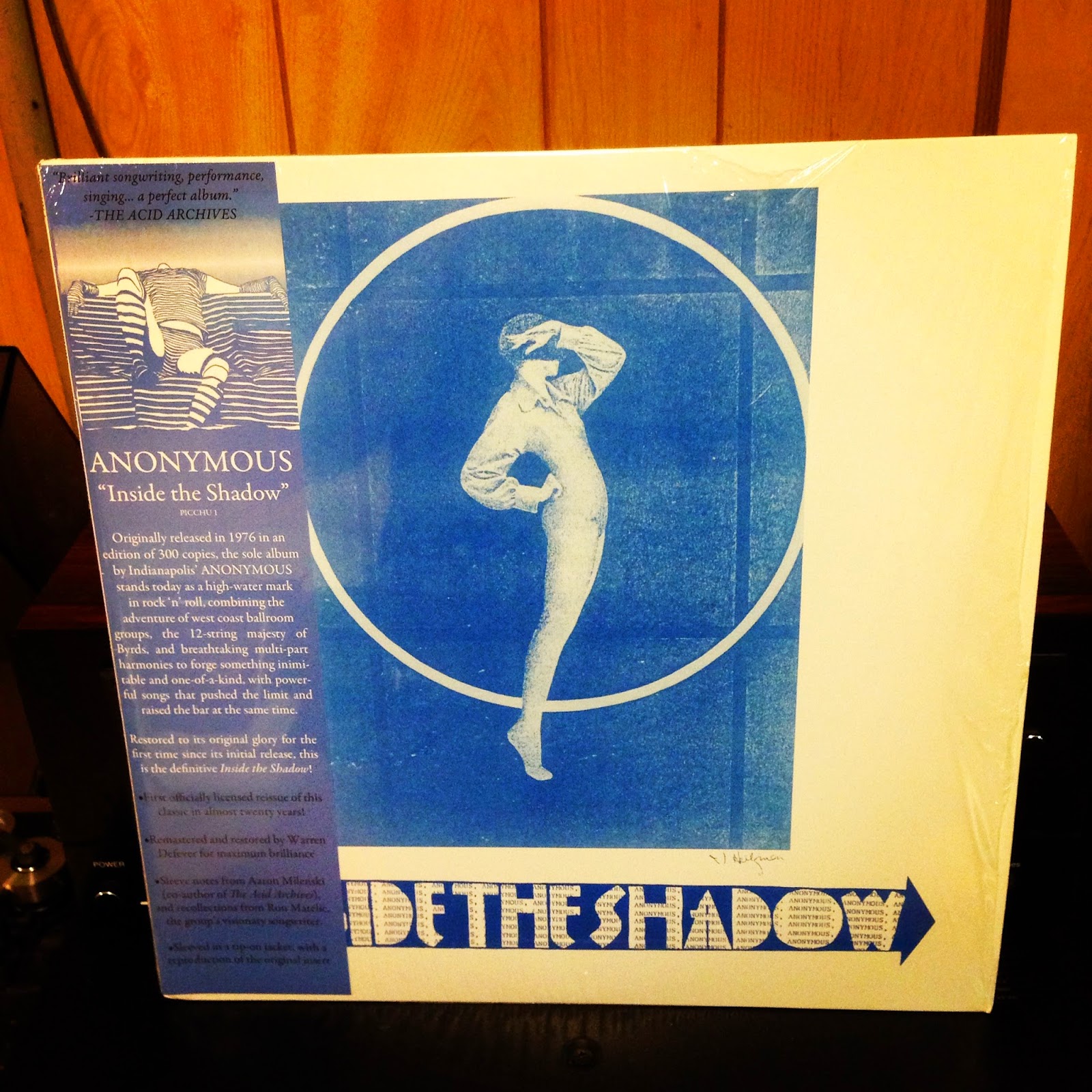 Anonymous Inside the Shadow (Machu Picchu)

Originally released privately in 1976 on the playfully-named, A Major Label, the Indianapolis-based combo Anonymous was led by Ron Matelic, who along with group drummer John Medvescek had been in ‘60s fuzz and mild-psych punks with a pop edge, Sir Winston & the Commons, but since their dissolution and preceding the Inside the Shadow sessions had been playing together purely for kicks, kinda making the grand-scale majesty on display here all the more impressive. Inside the Shadow is a collision of the post-psychedelic return-to-roots arena many were mining in the late ‘60s-early ‘70s (Buffalo Springfield, Byrds, CSN&Y, early Bread, etc), while retaining some of the high-flying trippiness of the pre-“goin’ up the country” (think early QMS) era, and the omnipresent influence of later ‘60s Beatles, yet it coalesces into a truly singular and unique work with its own voice intact, standing as a supreme out-of-time treasure. Having invited a few other musician friends along for the project, Matelic found his perfect foil in Marsha Rollings, with the purity of their two voices working in tandem to such a marvelous degree that I’d rate them higher than some total groups singing in unison, just awesome.

Inside the Shadow is no in-the-dark spectacle salivated over by its unique strangeness, nor does it live in the praise-the-ineptitude realm many who chase private-press joys are forever-searching, this album literally is one of the best releases to come out the year of 1976 and it’s a travesty more people haven’t heard it. And, for those needing a toe-dippin’ entry into the possibilities of the private-press it’s as perfect and accessible as at gets—well-produced, but no overly so and played expertly—but also one of its pinnacles, so tread lightly moving forward, as there’s not a weak moment in the set to my ears. The bouncy and rollicking “Pick Up and Run,” carries as sweet a 12-string jangle as any post-McGuinn try this side of Starry Eyed & Laughing, while “Shadow Lay,” spins the spectrum of the totality of the qualities on display across this set, beginning with mellow-bred magic and ascending to hero-worthy guitar play. Quite likely the album I’ve listened to most this year and definitely in my top reissues of the last twelve months. Liners handled by Aaron Milenski (Acid Archives and UT contributor).


(ahem)...If be you the sort that transits in digital, please drop your sounds here for my perusal and amusement:
Send me
your sounds
note energy (\ˈnōt\ \ˈe-nər-jē\ )
:spiritual sustenance provided by the perfect combination of notes and words, bringing about the sensation of excitation