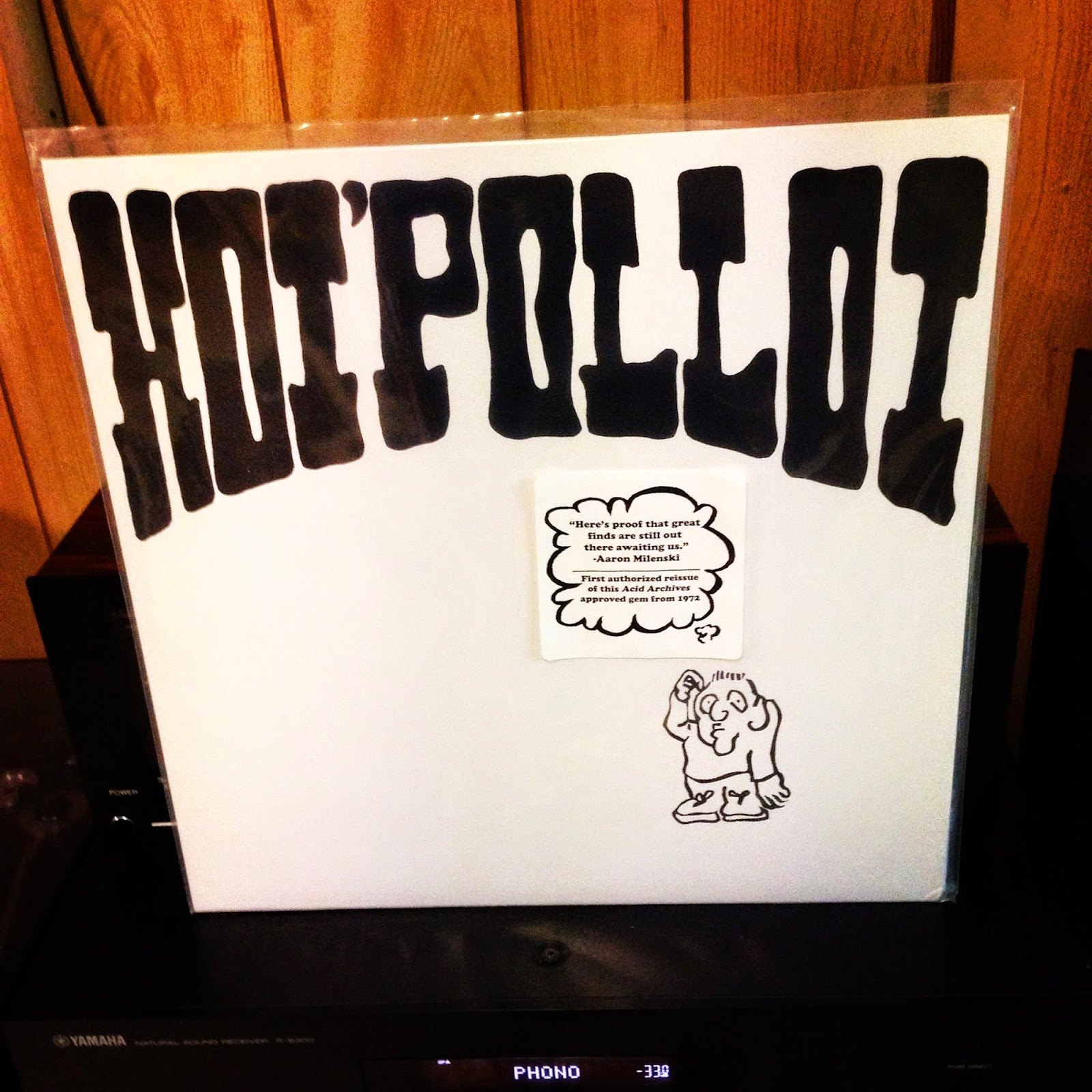 A prized export of its time, 1972’s one-off ensemble piece from a near-dozen college pals and collaborators under the Hoi Polloi name was a work of determined ingenuity. After taking over the audio-visual department post-graduation, college-aged John Schuerman hatched a plan with rural Indiana schoolmates Charlie Bleak and Dan Mack—both whom he’d recorded as part of two volumes of student-led LPs during his schooling—along with the multi-talented Bruce Wallace (and other friends who played a supporting role) to record and self-release an album of original material. With full use of the school’s equipment at their disposal they spent two strenuous weeks of multiple takes, layering, and ping-ponging tracks between two primitive two-track tape machines. In so doing they created a surprisingly assured set of tunes, which at no point have you considering the low-budget atmosphere they were helmed in.

The general tone plays like a well-crafted sample platter of post-psychedelic Anglophile progressive pop, with the fumes of Procol Harum, Soft Machine, Traffic, and a liberal dosing of late period Beatles (particularly McCartney) sprinkled over the platter—as well as stateside iconoclasts like Todd Rundgren. Front-loaded with two burners, there’s the bouncy, fresh as a daisy “Who’s Gonna Help Me?” with mellow-funky, tastefully in-the-pocket drums, minimal strings and horns, followed by the beatific piano and organ ballad “Old Bootstrap,” while the remainder of the A-Side offers jazzy mini-songs expertly tape-spliced together as a suite of sorts, culminating in the splendidly melodic “Satisfaction Guaranteed.” The B- bursts forth with total widescreen Todd moves in “It’s a Nice Day,” and mellow breeze vibes weave through the remaining grooves, with more melodic mastery appearing in “Stories.”

Hoi Polloi is not an artifact of lo-fi charm, or obscurantist fantasy, but a fully-realized set to be enjoyed by all, and a personal fave-rave. Thankfully, you now have the opportunity to grasp its magic at ease, and in expansive packaging.
(The LP includes an MP3 download of the album remastered, with bonuses in the form of live versions of three album tracks—and one live tune which never saw the inside of the studio—plus three solo tunes from Hoi Polloi member Dan Mack's Shaggy Joe album and two from Charlie Bleak's Crucible LP. Reduced to a solo, acoustic setting Dan and Charlie additionally show that their talents were just as ripe in spare form. A comprehensive interview by recently departed friend, scribe and editor of The Acid Archives, Patrick "The Lama" Lundborg, forms the bulk of the liners.)


(ahem)...If be you the sort that transits in digital, please drop your sounds here for my perusal and amusement:
Send me
your sounds
note energy (\ˈnōt\ \ˈe-nər-jē\ )
:spiritual sustenance provided by the perfect combination of notes and words, bringing about the sensation of excitation
Posted by Jeremy Cargill at 3:22 PM