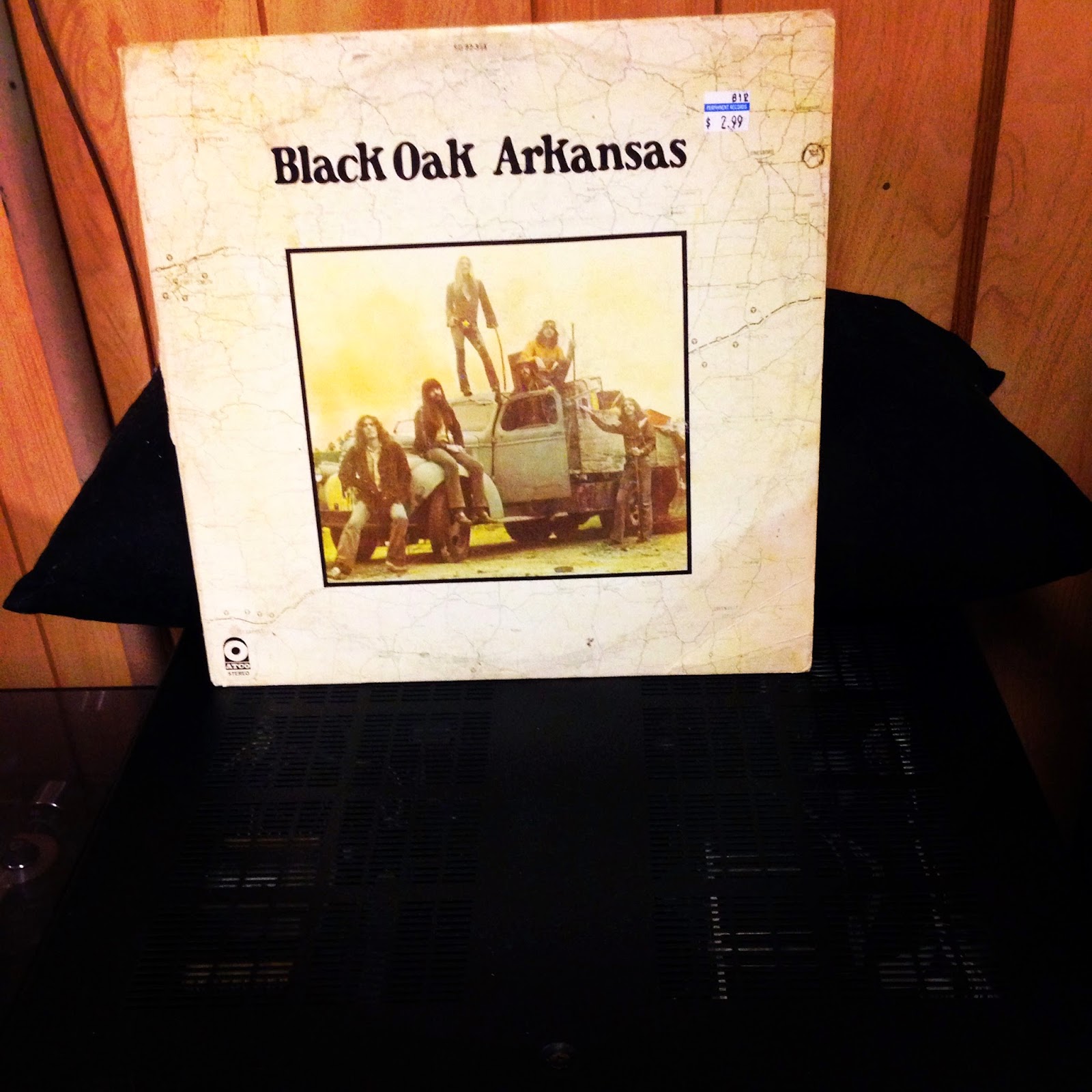 Dialing back to when the slight psychedelic hangover is in effect from their days as Stax artists The Knowbody Else. 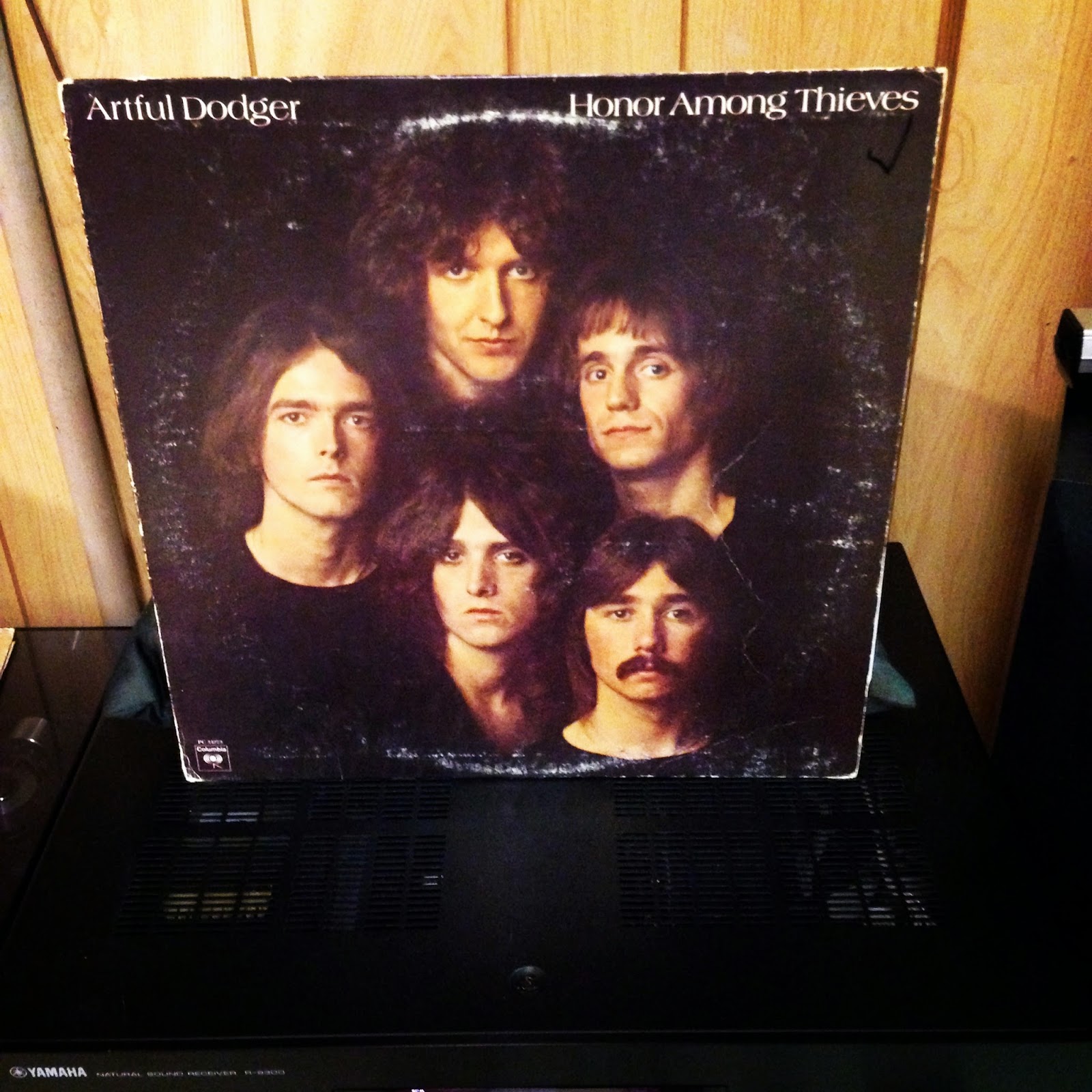 Ace sophomore album from VA's '70s power pop wonders, Artful Dodger, which paired the muscle and raunch of the Faces with a Raspberries-like dedication to songcraft. 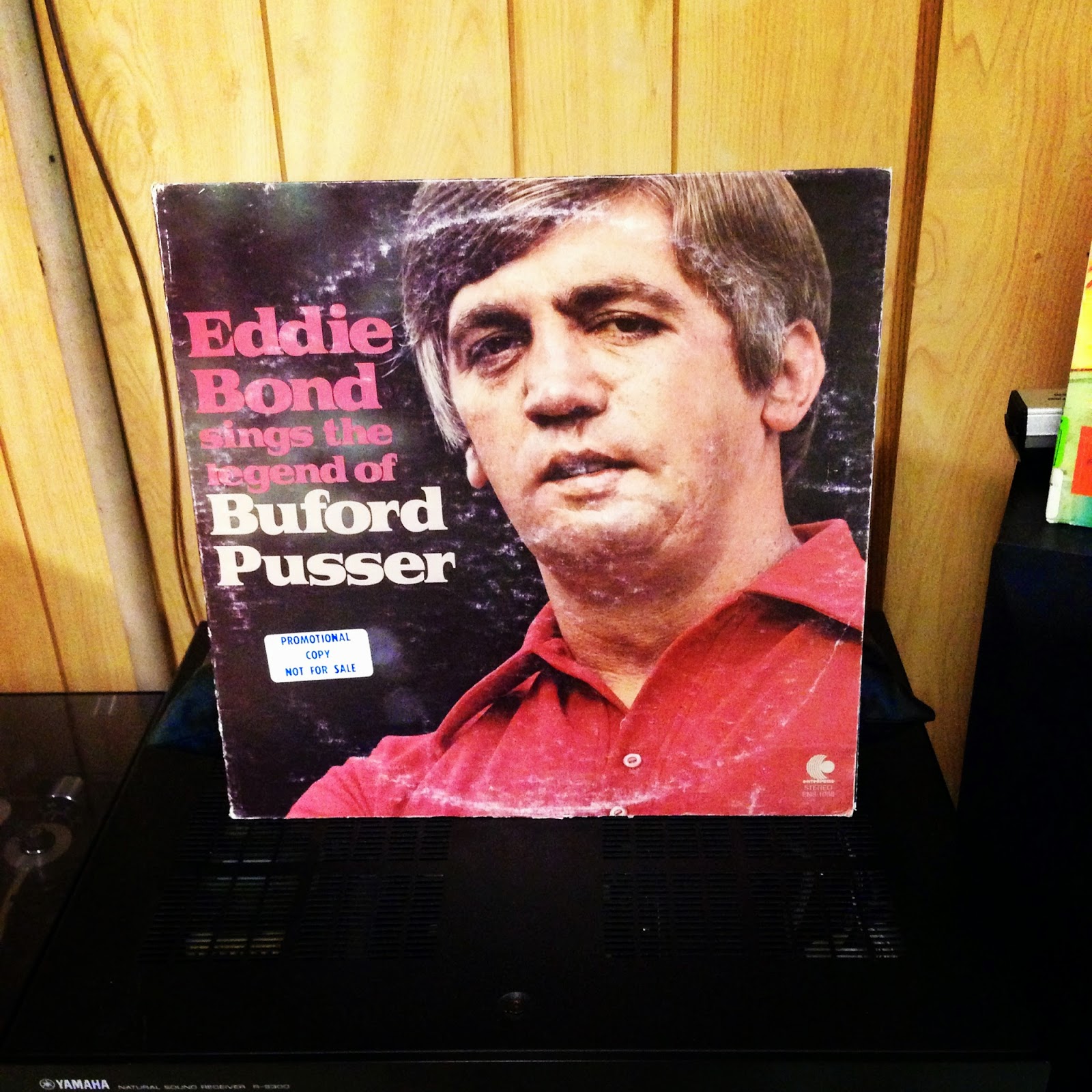 (This may be the earlier single version) 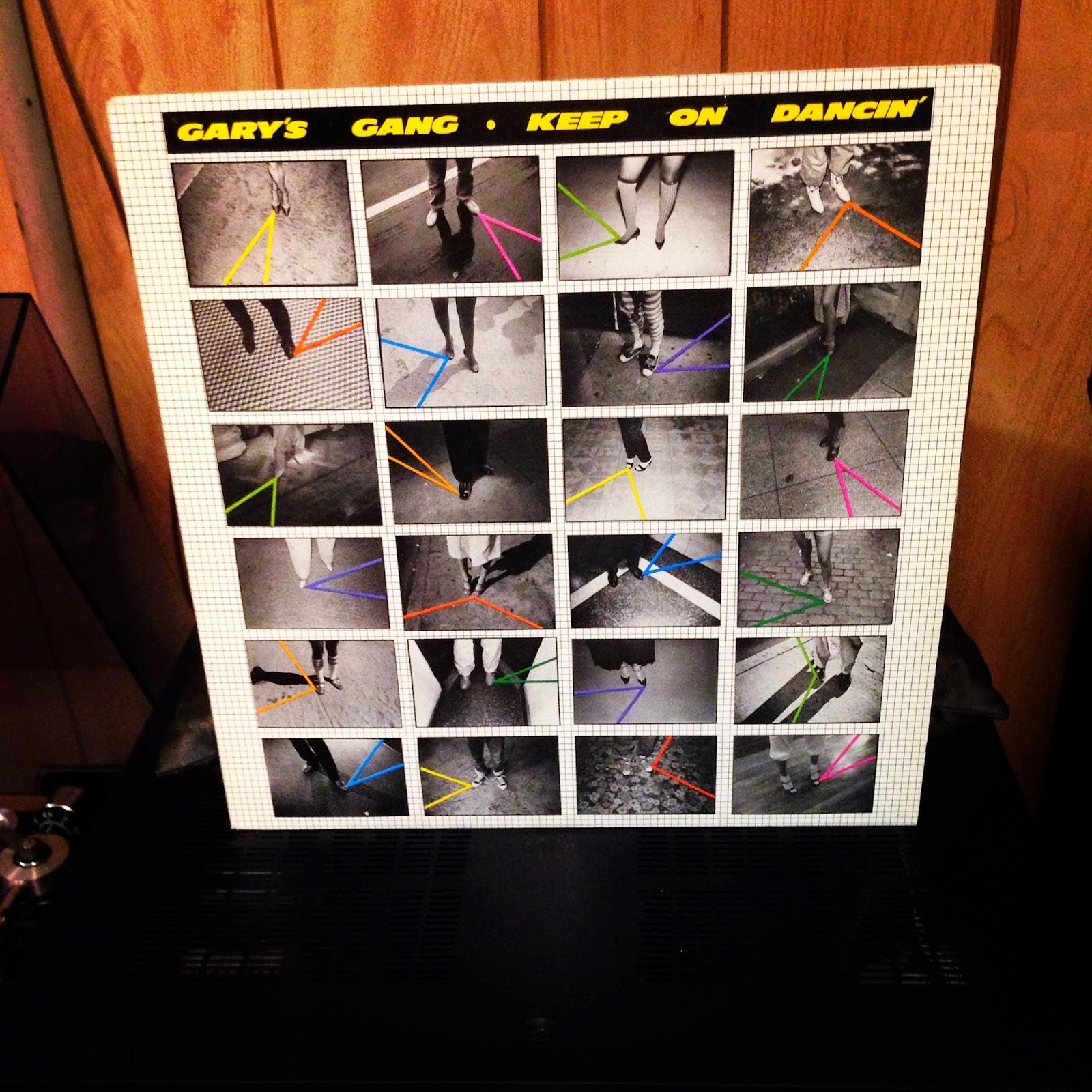 The rhythm-led (drummer Gary Turnier marched at the front of this gang) kinda disco that formed the bedrock for early hip-hop and coulda been chopped up for the breakers by Bambaataa, Herc, and the like—with the occasional salsa rhythm, and break-downs galore. These sorta boogie vibes have a '80s growin' days soft spot for me even beyond a personal hip-hop connection/come-up. I copped this'un from a dollar-bin years back thinking it may be power pop or decent new wave from the cover, and have never been disappointed so smashingly. It's a solid set, but my fave-rave is "Party Tonight!" with it's near glam rock chorus/chant. [The title track was also comped by Kenny Dope on his Disco Heat set.] 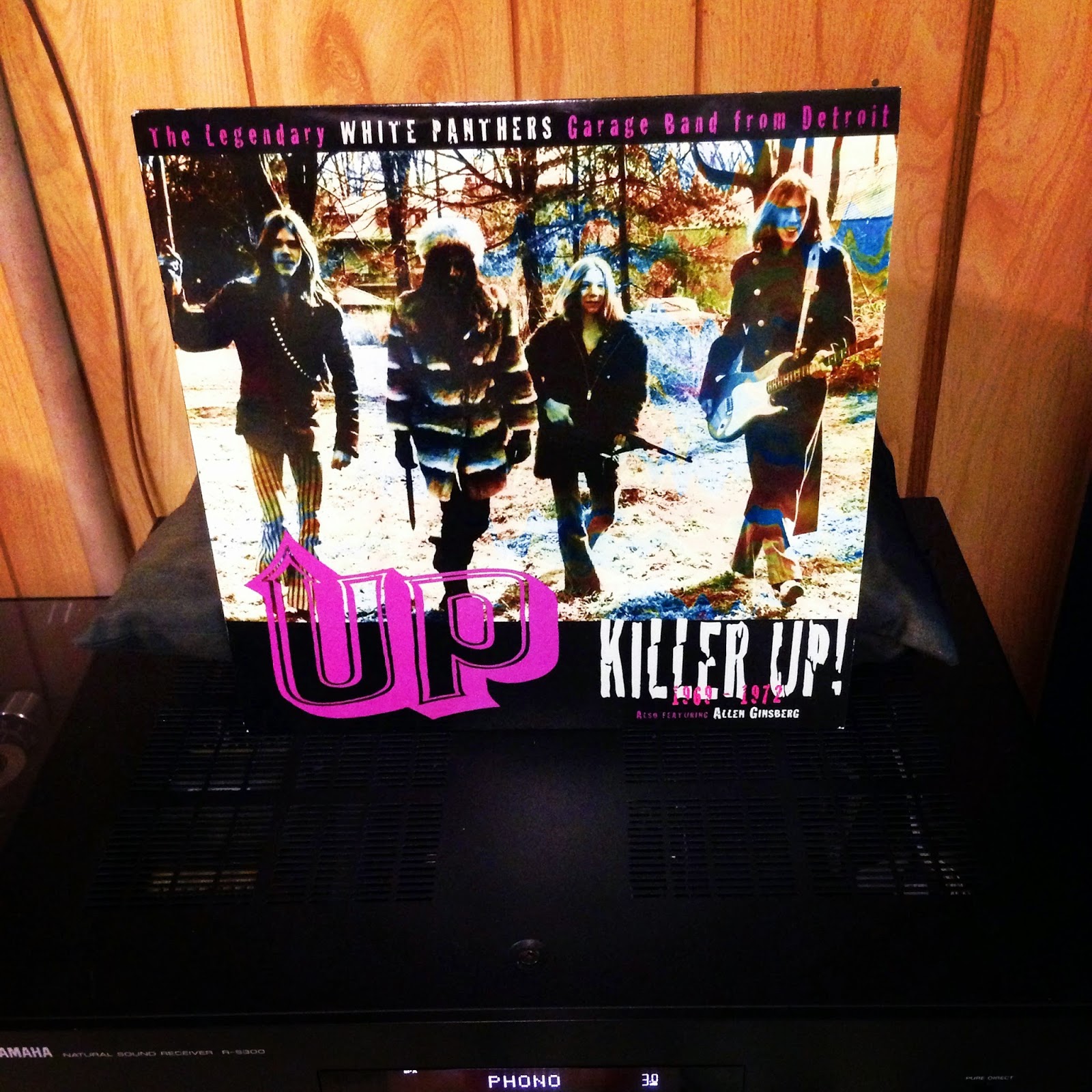 While they may not pack quite the revelatory whallop of their Grande Ballroom comrades in the MC5 and Stooges—come on, who does??—the Up whipped up a mighty worthy proto-punk / proto-metal furor of their own, and having been a local live attraction from '67 to '73 were no bandwagon opportunists hitching on the wave of post-psychedelic / 'High Energy' Detroit sounds. The fact is, they never got their day to run in the sun, and left behind precious little recorded evidence in their wake (1 1/2 singles, with the fourth side occupied by ol' Al Ginsberg on harmonium and recitation on the proposed emancipation of John Sinclair).

The UP served as support on the very night Jac Holzman snatched up their comrades (MC5/Stooges) for proposed Elektra fame and fortune, but were passed over—though, it wasn't for lack of skill: Franklin "Frank" Bach had character to spare and also served as Grande MC/announcer, the hammer-handed Scott Bailey showed the skins no mercy, and Rasmussen brothers Bob & Gary peeled off frenzied fuzz riffs and supplied buoyant basslines, respectively. And after the Five moved on to their own vibes UP became Sinclair's prime proselytizers, epitomizing the dope, guns, and fukcing in the streets ethos perhaps more than any other. This 10" captures a combo drifting in the same sh*t-hot proto- waters as their Panther compadres, and the more charging moments of Cheer, collecting the bulk of the recorded output. From the anthemic brush country dreams of "Just Like an Aborigine" to an incendiary take on Bobby 'Do You Wanna Dance?' Freeman's "C'mon & Swim" it all rushes by in a flash of excitement etched in wax. Plain git it!

(Gary Rasmussen later found further infamy in Detroit supergroup Sonic's Rendezvous Band along with members of the MC5, Stooges, and Rationals.)
[To get the full scoop, there's also a companion CD on Total Energy from 1995 containing a few additional studio sides and a batch of live tracks. UK label Easy Action also issued much the same material in 2010 as Rising on a CD/DVD set, adding some rare video footage.] 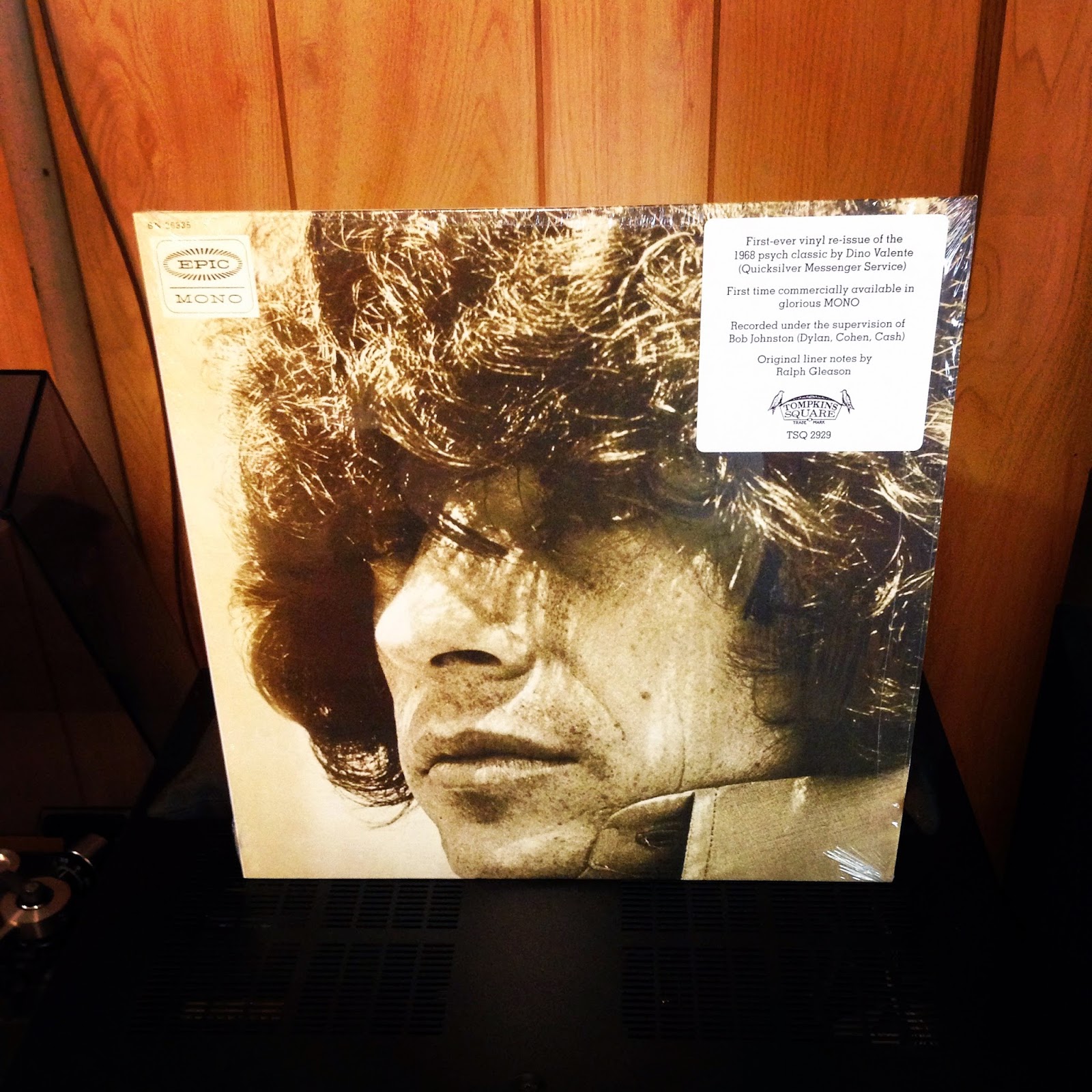 1968’s sole offering from Quicksilver Messenger Service founder member, Chester “Chet” William Powers, Jr—aka Dino Valenti, or Jesse Oris Farrow—cut/produced by Bob Johnston directly after Dino’s 'Big House' bid on marijuana charges, illustrates why he was an able acolyte of Fred Neil, Dylan, Karen Dalton and the like in NY’s East Village folk boom of the mid-‘60s. Valente rejoined QMS after his solo career didn’t quite catch fire as he hoped it would, though, this set bears no mark of failure—and illustrates similar mellow-mystical moments he offered to QMS’ Just for Love album. Dino Valente provides a more intimate setting, as well as giving an eye into the formation of his later contributions to the shifting sound of QMS in their ’69-’72 period.


The album displays a cultural grab-bag of styles, while maintaining a fluid coherency, including baroque, jangling harpsichord in opener “Time,” the stark, jazzy, loner vibes of “Something New,” and light orchestration wed to driving Motown’esque basslines (falling somewhere between solo Roy Wood and Rodriguez’s 2nd LP) in “Tomorrow.” Elsewhere we’re offered Eastern motifs (“My Friend”), blue notes, some experimental flair (“Test”), and distant, echoing vocals. By tapping into the more austere collective consciousness of the era, his words resonate on down the decades without some of the bad-wear some have fared. A classic to my ears, and sure to appeal to acid folk heads, those who follow the trails of early singer-songwriters, and overall lovers of ‘60s SF sounds. Dino’s S/T album is now for the first time commercially available in glorious mono, with vibrant original liners by original mover Ralph Gleason, and stands among my favorite reissues of the last 365. 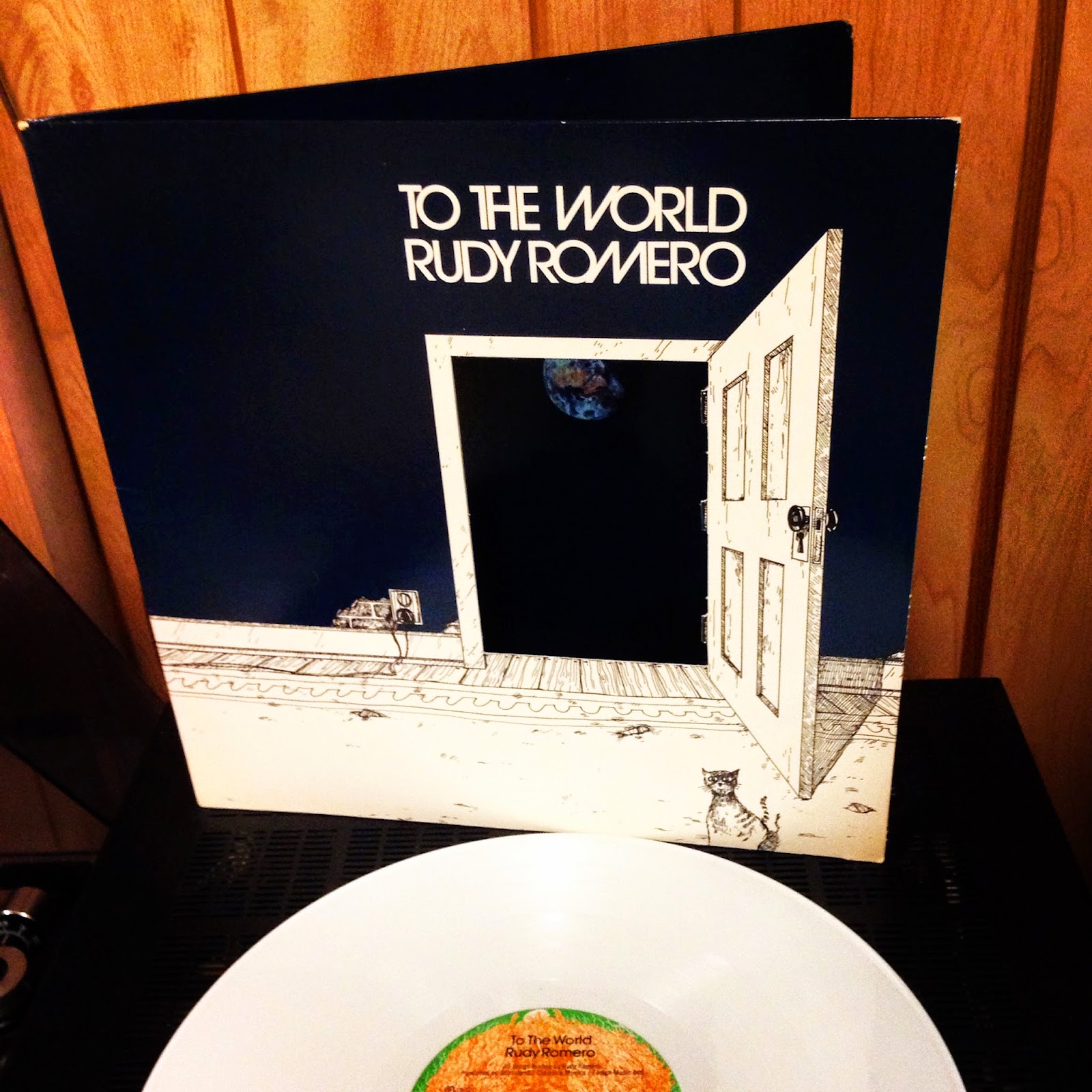 Ex-Hardtimes member Rudy Romero (they of San Diego, CA, with a clutch of folk-rock 45s & '68 LP on World Pacific) laid down this rootsy and varied slab with detours into funky pale face soul, heavier radio rock, blues and somber ballads all filtered through an AM Pop prism, with assistance by past bandmates (Hardtimes vocalist Lee Keifer produces here), his heavy friends in Clear Light (keyboardist Ralph Schuckett), Things to Come (bassist Bryan Garofalo), the Undertakers (drummer Warren Pemerton—not to be confused with the UK-based Jackie Lomax-led combo), and some ace sessioners (lead guitarist John Ussery—more on him in future days—and backup vocalists Clydie King & Venetta Fields, both of the Blackberries). Two favorites are the mellow majesty with light orchestration of "Love Comes (When It Wants to Anyway)," and the epic title track that ends the set with sweeping orchestration, and a call for earthly preservation bursting forth with resounding piano, organ swells and pained, swirling geet licks that morph into bouncy, island-flavored pop, down-stroking to only come back in force with pulsing rhythm and spiky horn charts. Blissful.

Typical construction for the Gulf-Western-funded label, this one was lavish with a die-cut / peek-through sleeve and white vinyl (pretty heavy emphasis for a minor release in 1972). For the Beatle-heads out there there's also fair evidence (from the mouth of label shaker Robb Kunkel—more on him in future days too) that George Harrison contributed to four tracks.
[I dedicate this entry to our dearly departed colleague and friend Patrick Lundborg, who was a big fan and cheerleader for the Tumbleweed stable, you can check some of his musings here — http://www.lysergia.com/LamaWorkshop/Tumbleweed/lamaTumbleweed.htm 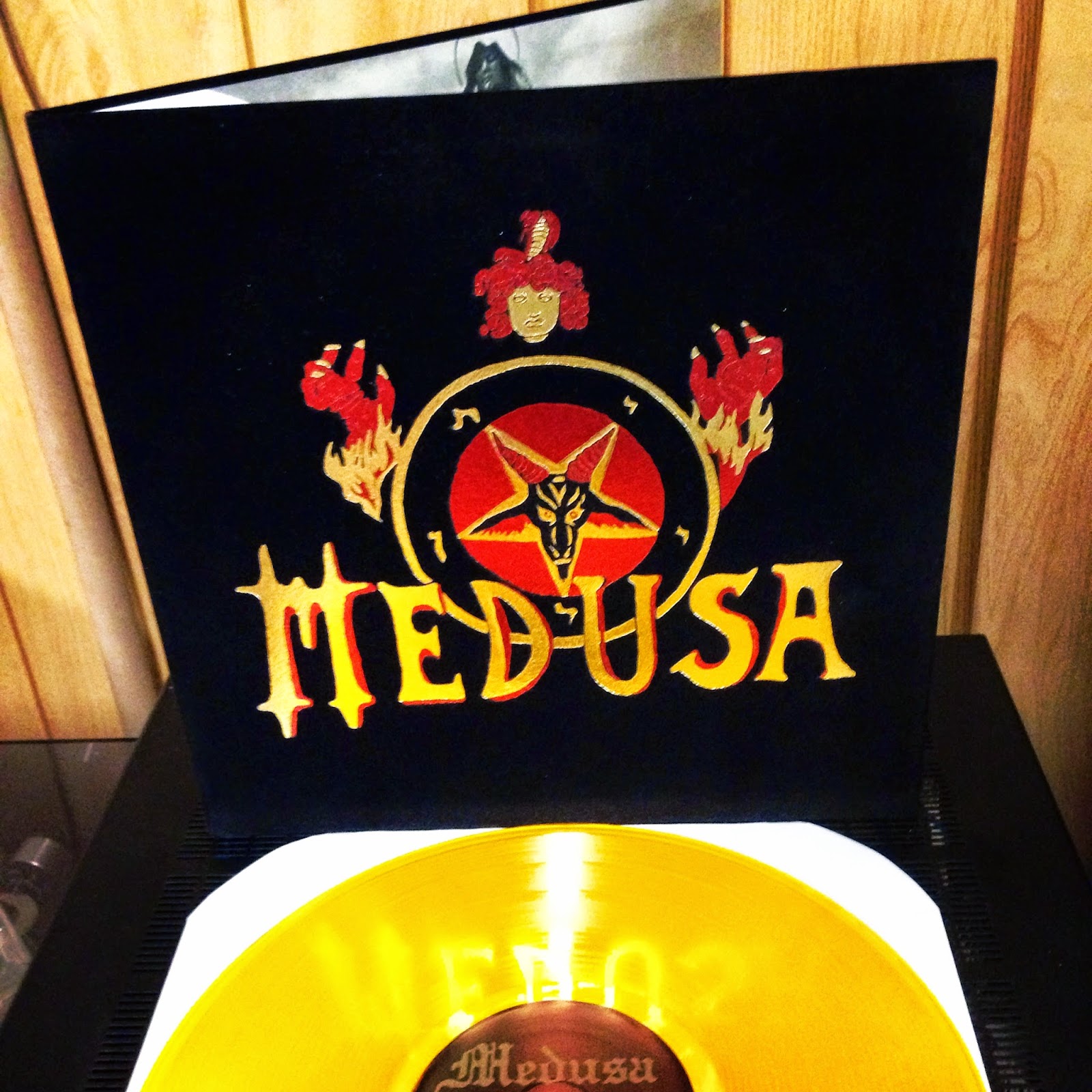 Housed in one of the most dynamite packaging jobs I’ve seen to date (and definitely the best of the last 365), this gatefold of faux-velvet with shining gold and blood red debossing includes an illustrated version of the mythical one Medusa herself, demonic claws and ye olde sabbatic goat on the cover, while the gate is pentagram-enhanced with various vintage group visages intermingled into the blank space inside and surrounding it. But it’s not all surface joys, First Step Beyond is a space-prog opus that nips at the heels of outsiders like Hawkwind and the more heavy, moody, groove-oriented practitioners of progressive, such as Keith Relf’s post-Yardbirds outfit Armageddon.

Recorded in their hometown of Chicago by the group in 1975 and laying unreleased till now, the album is a truly singular work with no regional reference points I can muster from the time period, displaying the facility to stretch without moving into meandering monotony. There’s a pervading doom over the platter, with detours into some staying-just-long-enough musicianly breakdowns, jazz-flecked guitar leads mingling in the matter without turning to self-indulgent sub-genre exercise, and shifting moods suitable to a well-sequenced set. Standouts include the nine minutes of instrumental pulsing space metal groove “Transient Amplitude”, the internal rumblings of a cold heart warming in the ballad “Temptress”, and personal fave “Black Wizard” pushing a dark occult agenda without lapsing into theatric parody. Sure to find fans in early heavy progressive fiends, doom metal heads, the outer-lying grounds of the ‘70s American underground and those open to adventures in sound.
[Exhumed/curated by pal & collector Daniel Schlosser.]

(ahem)...If be you the sort that transits in digital, please drop your sounds here for my perusal and amusement:
Send me
your sounds
note energy (\ˈnōt\ \ˈe-nər-jē\ )
:spiritual sustenance provided by the perfect combination of notes and words, bringing about the sensation of excitation
Posted by Jeremy Cargill at 3:18 PM