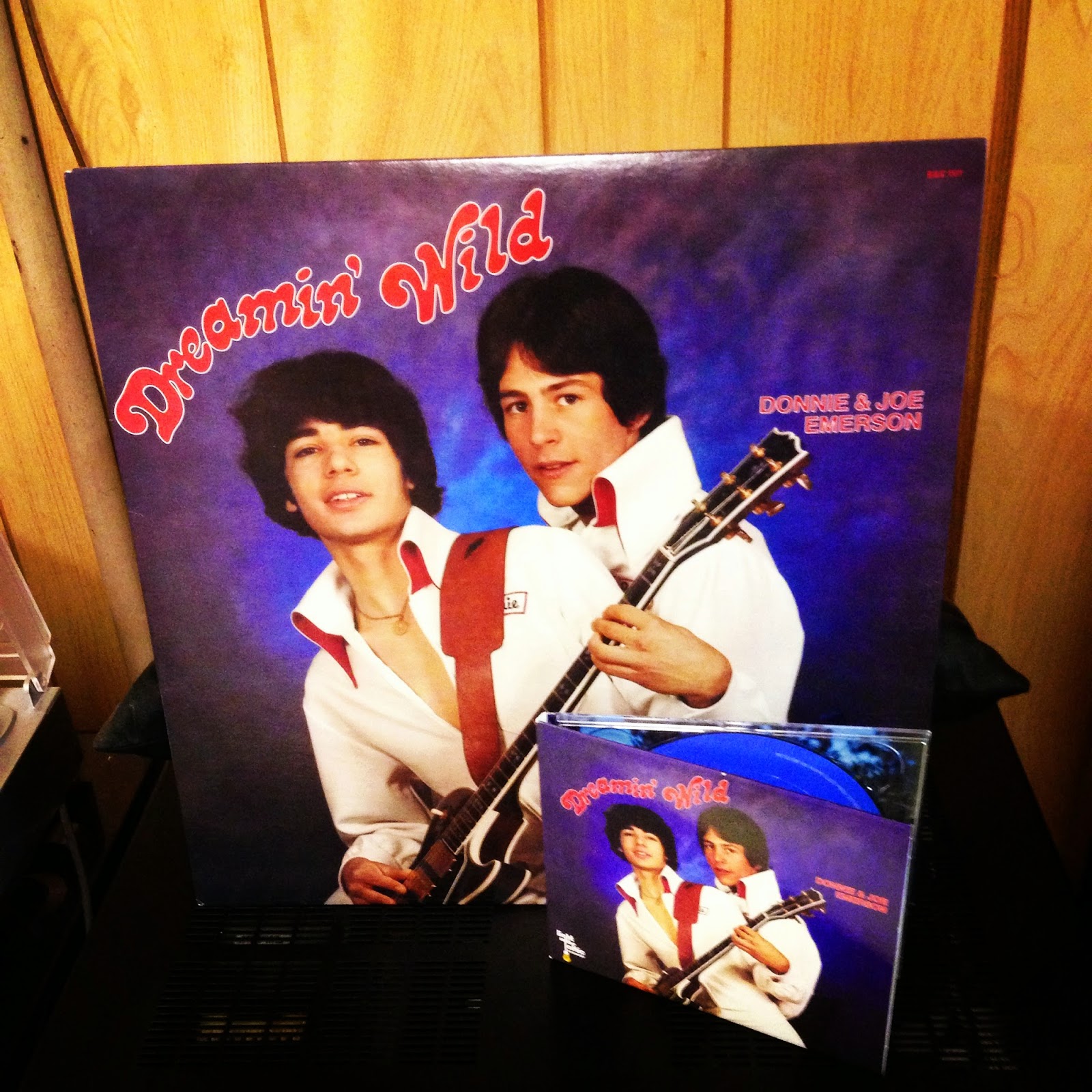 One of the most visible reissues of 2012 (via a combo of indie name-dropping and wildfire press spread) is also my personal fave-rave, emanating from 1979 in the very area I was born’n’bred, Southeastern Washington state. Dreamin’ Wild is the work of 17-year-old wunderkind, Donnie Emerson, seriously tuned in to whatever reached the radio in his remote locale of farm-friendly Fruitland at the time, with a heavy hankerin’ for smooth ‘70s soul/funk and mucho soft rockin’, shot through with a dose of arena-ready muscle rock. Yet the strange beauty created by isolation, unaffected child-like enthusiasm and startling sincerity makes it a beast all its own, merging these disparate threads instead of touching on different modes on a track-by-track basis. Don’t let the cover fright, there’s a stone groove goin’ on in here, despite the ultra-white (skin, jumpsuits and all) sights, the two-headed boy next door monster on the cover makes the contents all the more surprising. Plus, the tale of one proud papa literally putting up the farm to support his tenacious boys with star-bound eyes—sibling Joe Emerson handles drums on 5 of the eight tracks—in the liners is inspiring and worth the price of admission alone.


“Good Time” leads the charge as a rollickin’ raver with the wheat-field-soul vox that lord over this wondrous release, quickly followed by “Give Me the Chance” (Donnie in a solo frame) with a worming Blaxploitation funk groove peppered with thunderous oscillations, and an aural hat trick capped off by the sweet, euphoric, burning ballad “Baby.” As a vocalist, Donnie carries fragility as a badge, with the occasional quaver, but this is nowhere near the tuneless musing of many private-press releases that take some warming to. With some studio steering—this was an entirely self-produced affair—summa the tunes on display could have been AM Gold in another world. Transmitting the moods of a lovesick teen, “Don’t Go Lovin’ Nobody Else,” wears mumbled “Jumpin’ Jack Flash”-like riffery and subtle grooves, and bringing the concept of behemoth bookends to the fore we’ve got the album ending epic “My Heart,” with a mellow metronomic vibe and overall sound kin to late-take rural psych. Has a heart so young ever ran this free?

Dreamin’ Wild ekes out a curious spot of its own, and I recommend it to anyone that is willing to listen. Far removed from any “scene” the Emerson’s created a more polished/gentle variation of underground rock’n’roll with none of the pre-punk bile of fellow-travelers a few years prior issuing their own basement-fried psychedelic visions with none of the eyes for success, but this is just as important of a release.


(ahem)...If be you the sort that transits in digital, please drop your sounds here for my perusal and amusement:
Send me
your sounds
note energy (\ˈnōt\ \ˈe-nər-jē\ )
:spiritual sustenance provided by the perfect combination of notes and words, bringing about the sensation of excitation
Posted by Jeremy Cargill at 1:42 PM