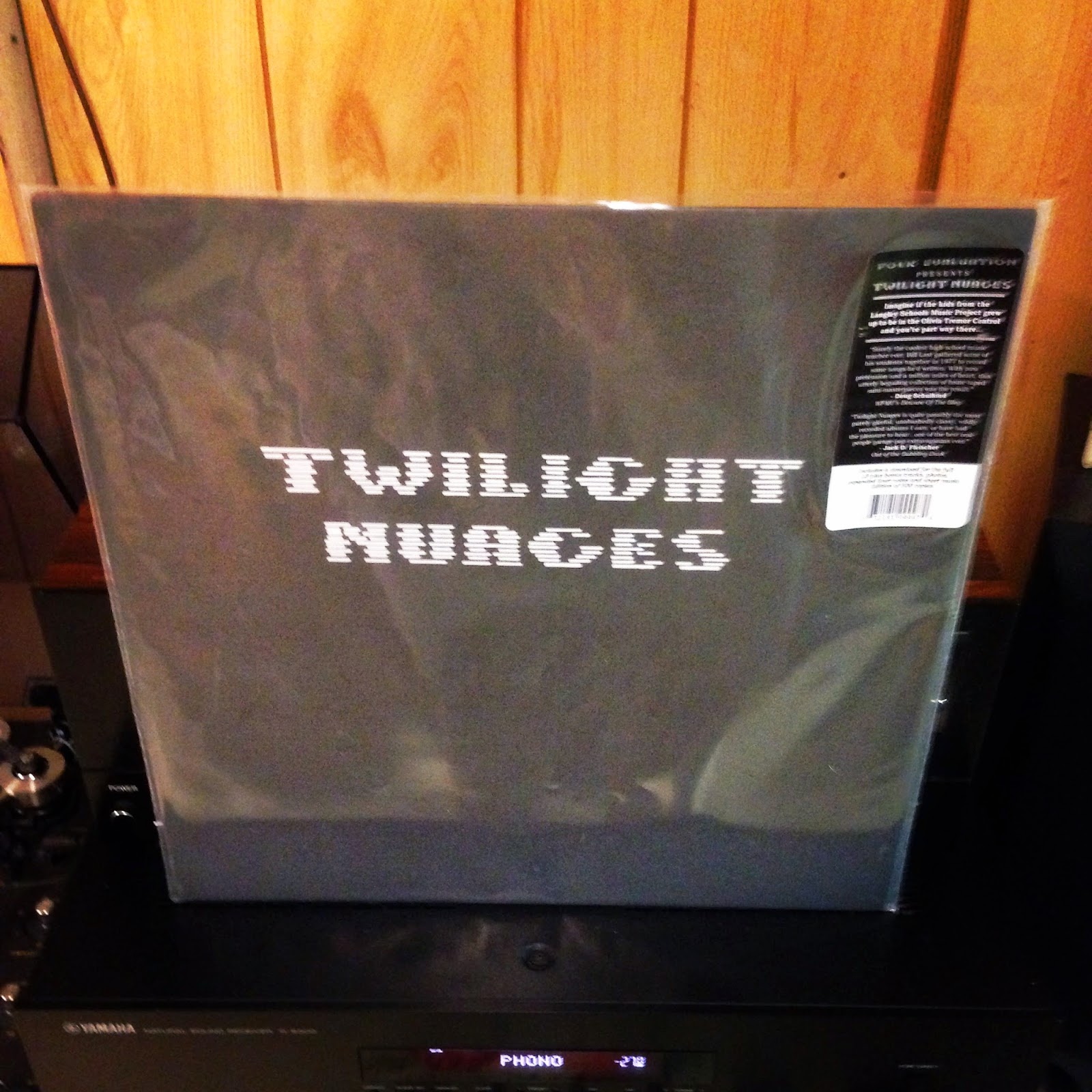 Connecticut 1977, high school teacher and songwriter Bill Last with pals and pupils lending the assist cuts live in his parents' basement a nine song sampling of self-penned songs to share with comrades, and send onto industry shakers soliciting placement with stars. Last’s earnest tunes resonate with a commanding simplicity, but perhaps due to the breadth of a full set, or a lack of being able to see around the rough edges, they didn’t attract the short attentions of important ears, and landed swiftly in the round file of many A&R departments.

Despite being conceived as a pitch illustrating his songwriting skills, Twilight Nuages—which explained in the liners is "the magical hour between day and night"—reads remarkably like a well-planned collection, cohering amid tempo changes and slight variation in style, even including a two minute, breezy instrumental to close the first side. The looming presence of Macca’esque balladry is evident, but the simple and direct manner of Last’s songs—which shine brightly through even the more shambolic moments—are so charming you must entirely give yourself over to the experience. Last believed in these songs deeply, and that strong belief permeates the songs, causing others to believe via magnetism. A brief and beautiful “Intro,” shy of a minute ends in a splash, leading smoothly into the ‘hit’ of the set, “Lazy Sunday Afternoon,” with galloping piano chords, slightly askew lead vox, group backups and a gleeful kazoo solo. Other shades are found in the touches of exotica in “Rose Marie,” groovy Latin lounge vibes in “Lonely Clown,” and the previously unreleased “Nobody Loves Me,” hitting a near power pop balladry/folk-rock hybrid (the latter included in the download).

While some may find the female students voices lending hand a tad too melodramatic, I believe they and Last alike serve the material greatly. For those with an ear-tuned to shambolic lo-fi pop, the polished real people vibes of Donnie & Joe Emerson, and school band records, you’ll find yourself ruing the fact these tracks didn’t catch on somewhere, anywhere, to rise to greater exposure. The LP includes full lyric sheets/sheet music, interviews with participants, and a loving tribute by UT contributor and project curator Jack D Fleischer.

(ahem)...If be you the sort that transits in digital, please drop your sounds here for my perusal and amusement:
Send me
your sounds
note energy (\ˈnōt\ \ˈe-nər-jē\ )
:spiritual sustenance provided by the perfect combination of notes and words, bringing about the sensation of excitation
Posted by Jeremy Cargill at 9:59 PM